It has become a tradition for everyone to carry Challenge coins in the military,and it is a symbol of identity. More people in nowadays use custom challenge coins as collectibles or souvenirs for major events.

You may think of and want to know more about the history of Navy Seal Challenge Coin when at the first sight of Chilean Navy coin: 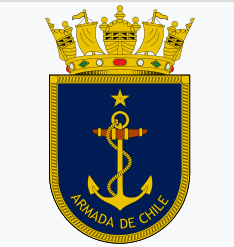 The origins of the Navy Seal Challenge Coin date back to 1817, when General Bernardo O'higgins prophetically declared after the Chilean victory at the Battle of Chacabuco that a hundred such victories would count for nothing if Chile did not gain control of the sea.

This led to the development of the Chilean Navy, and the first legal resolutions outlining the organization of the institution were created. Chile's First National Fleet and the Academy for Young Midshipmen which was the predecessor of the current Naval Academy were founded, as well as the Marine Corps and the Supply Commissary.

The first commander of the Chilean Navy was Manuel Blanco Encalada. However the famous British naval commander Lord Cochrane who formerly had been a Captain in the Royal navy, was hired by Chileans to organize and command the Navy. Cochrane recruited an almost all anglophone complement of officers and midshipmen and crews of British, Irish and American seamen. He became a key figure in the war against loyalist forces in Peru and was instrumental in taking control of the Fortresses of valdivia even though he failed in his attempt to conquer Chiloe lsland In March 1824, the Chilean Navy and Army undertook an expedition to expel the Spanish from Chiloe Archipelago. An expedition was dispatched to Chiloe lsland however ended in failure when the Chilean Army led by Jorge Beauchef was defeated at the Battle of Mocopulli. It was only after  Ramon Freire's Chiloé expedition in 1826 did the royalist forces at Chiloé under the command of Antonio de Quintanilla, surrender and Chiloé joined the new Chilean nation.

We have two production workshops for metal products and PVC products, such as Challenge Coin, PVC Patch, Metal Keychain.

There are more than twenty sets of automatic dispensing equipment in the PVC production workshop, which will fully meet your urgent order requirements.

There are about 60 employees, including professional designers, sales staff, production line technicians, let us know your ideas and needs, we will meet your needs through our professional.