NEWS
You are here: Home » News » Industry news » How to customize a suitable challenge coin

How to customize a suitable challenge coin

The challenge coin is a metal coin or commemorative medal with the logo and slogan of the organization and is held by the members of the organization. The tradition is to identify the enemy and to boost morale when the organization encounters challenges. In addition, soldiers also like to collect this. In practice, the challenge ratio is usually awarded by the unit commander to the unit members who have made achievements. At the same time, the exchange of visits between units is a gift to each other. So how to customize a suitable challenge coin? The following is a detailed introduction. 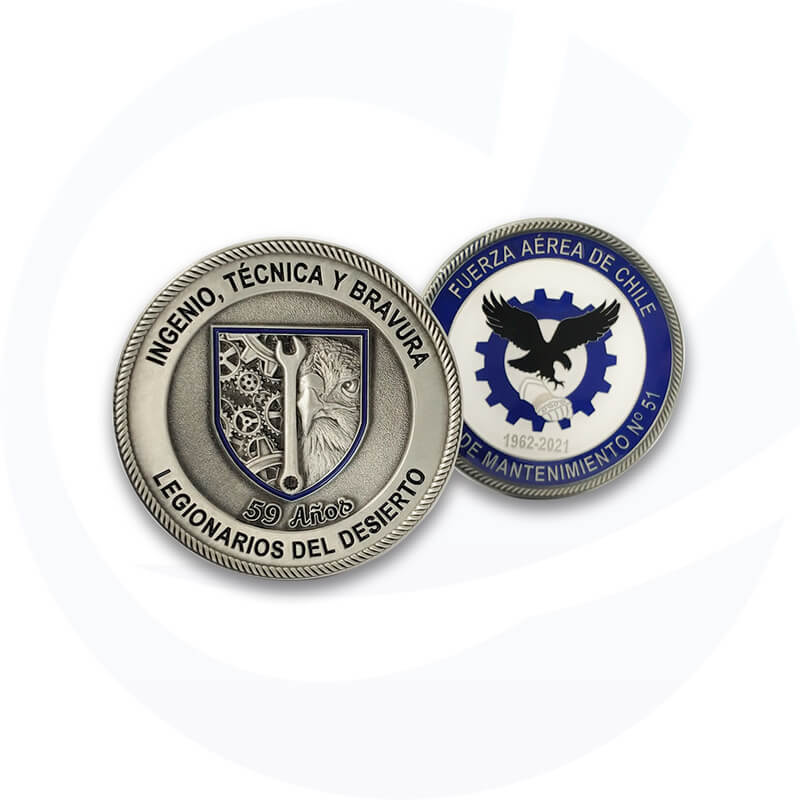 The five major branches of the U.S. Armed Forces, federal and state law enforcement agencies, and fire departments have a long tradition of using military challenge coins. These challenge coins usually carry the logo or motto of the production unit, representing the unit’s overall image and even core values, and often Exchange, display, and collection between unit members instill a sense of pride from collective honor to the winners.

The popularity of the military challenge coin has developed into a symbol of the representation of American soldiers, and it is widely used inactive, retired, and civilian-military service. Throughout a soldier's career, it will be possible to encounter and obtain a large number of challenge coins. At the same time, the challenge coin is also used as a sign of welcome and respect to VIPs and special guests by units or senior officials. William Clinton, George Bush, Barack Obama, and even the current President Donald Trump have examples of giving challenge coins to guests and diplomats visiting the White House.

More and more unit leaders have realized that a small, personalized challenge coin can build unity between teams and at the same time boost the morale of the entire unit. But not everyone in the government and military likes the idea of challenging coins. The military challenge coin culture has expanded to other countries, including Canada, the United Kingdom, and Australia. Some Chinese military departments have also produced similar challenge coins, but it is customary for Chinese people to call them "commemorative coins." The earliest known challenge coin is a simple brass coin, the logo and text are almost indistinguishable today. Today's military challenge coins have evolved from seemingly simple designs to more complex and colorful varieties, which are mainly due to the advancement of manufacturing technology that has been perfected over the years.

If you customize the challenge coin, you can get to know our company. YC Gift (Zhongshan) Limited. Specialized in gifts and premiums with a very good record in past 8 years. We supply lapel pin, badge, medal, Coin, key chain, lanyard, PVC Keychain, Patch, and silicone wristband, and they are widely used at the events of the festival, celebration, games, party, school, police, military department, etc.